Social Butterflies Foundation Board members and Officers consist of individuals who are living with or have a direct connection to Lupus and Fibromyalgia.  This gives us a great deal of insight on the needs of the population of individuals that we are committed to serving.  It is an organization by us and for us.

Meet our Board of Directors 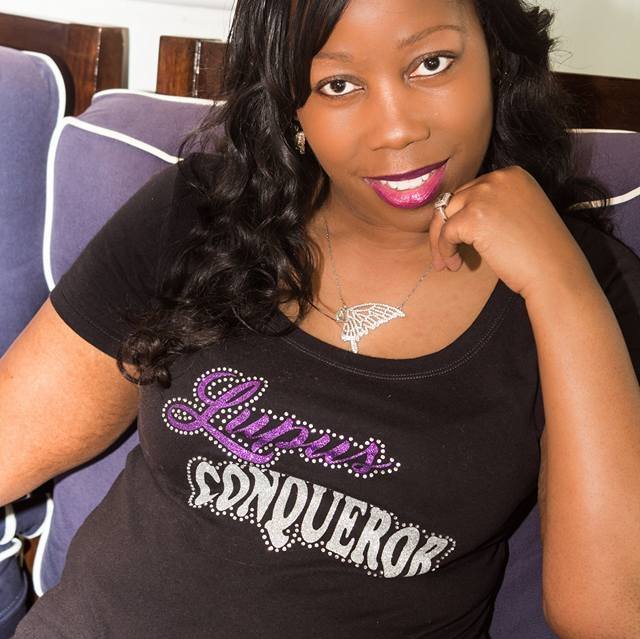 Chastity is passionate about helping lupus and fibromyalgia survivors live healthy lives. She was diagnosed with systemic lupus in 2005. She is a strong advocate for awareness, and is known to many as “The Lupus Conqueror”.  While research for a cure is of the utmost importance, many need immediate assistance.  Therefore, she founded the Social Butterflies Foundation.  This is an organization dedicated to ensuring that lupus and fibromyalgia survivors know that they are not alone. Chastity is often quoted saying “Butterflies don’t let each other fly alone”.  Social Butterflies Foundation will provide resource information, opportunities to socialize with others who are living with lupus and/or fibro, support groups, educational conferences, outreach programs, emergency medical financial assistance, college scholarships, and more.  Lupus and fibromyalgia awareness is not just a month, it is a movement. 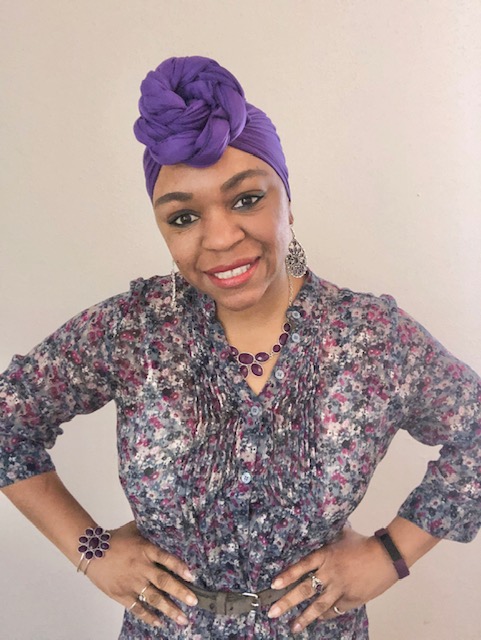 Catrina has been supporting the Lupus and Fibromyalgia Support Group since it’s inception. Seeing a couple of her friends and family battle with and live with these illnesses made her drive to support and aid this population, a personal mission. Being a champion and advocate for many populations of people who cannot speak for themselves is what Catrina endeavors to avail herself to do.

Catrina is an avid student who completed her Bachelors in Psychology and will soon hold her Masters in Psychology. She currently is a manager in a nonprofit in Maryland, runs her own Coaching and Mentoring business called Louisa57 and is involved in several community organizations. Catrina desires to ensure “Butterflies Don’t Let Each Other Fly Alone” by supporting them in every way she can. 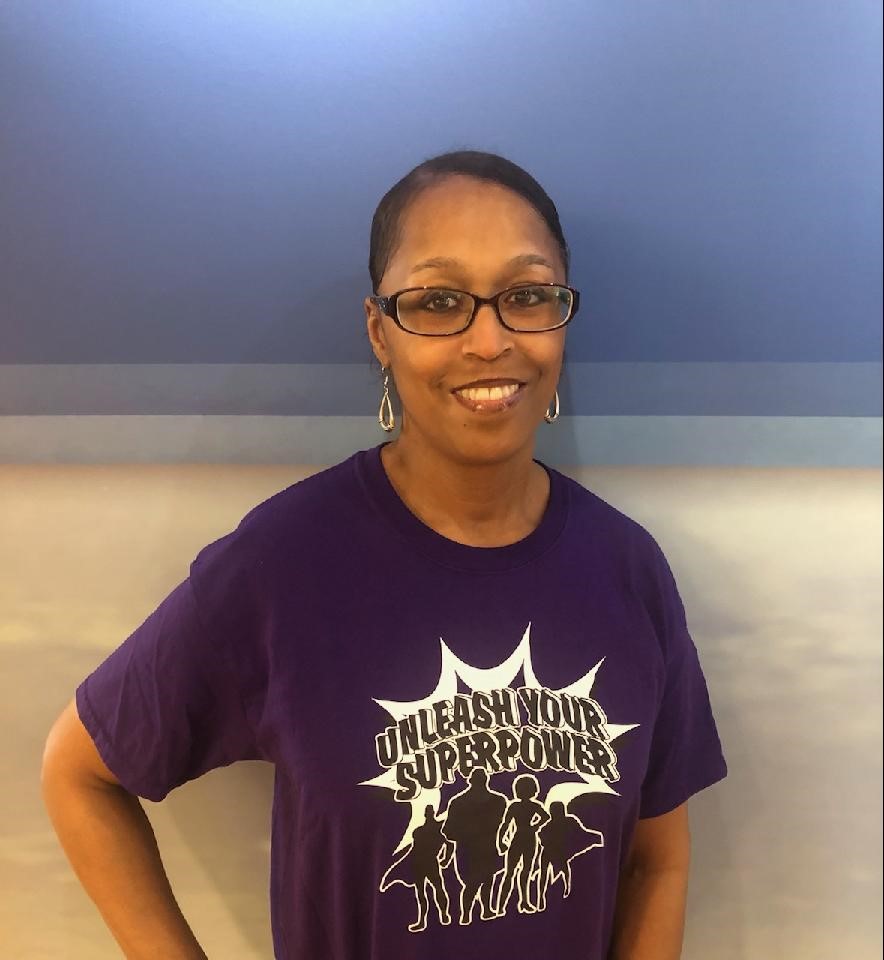 Shawanda is a single mom who currently works full-time for a local bank as a Universal Banker. She is the Assistant Church Clerk for her church in Chesapeake and works two part time jobs. Shawanda and her daughters started a Holiday Angel Tree for two low income resident homes for the elderly and disabled in the Hampton Roads area where friends and family adopt a resident and purchase something off their wish list for the Holidays. Community involvement and helping others is her passion. Even with her busy schedule, she will find the time to help and participate when she can. Shawanda was diagnosed with Lupus SLE in May 2007. It took them seven months to figure out what was wrong, then the diagnosis progressed to Raynaud’s, Interstitial Lung Disease, Polymyositis, Lupus Cerebritis and more recently evidence of Scleroderma. She started doing research, changing habits and seeking out others to help her understand more about Lupus. Now, she has a chance to share her experiences with the support group. She joined the Board as Treasurer so that she can make a difference in the lives of other Lupus and Fibro Warriors. “To be a part of Social Butterflies Foundation is an amazing way to advocate for those who hide behind these invisible illnesses. We don’t have to hide or be ashamed anymore. We need to educate and make others aware that this is very real, and we need to make these invisible diseases VISIBLE!” 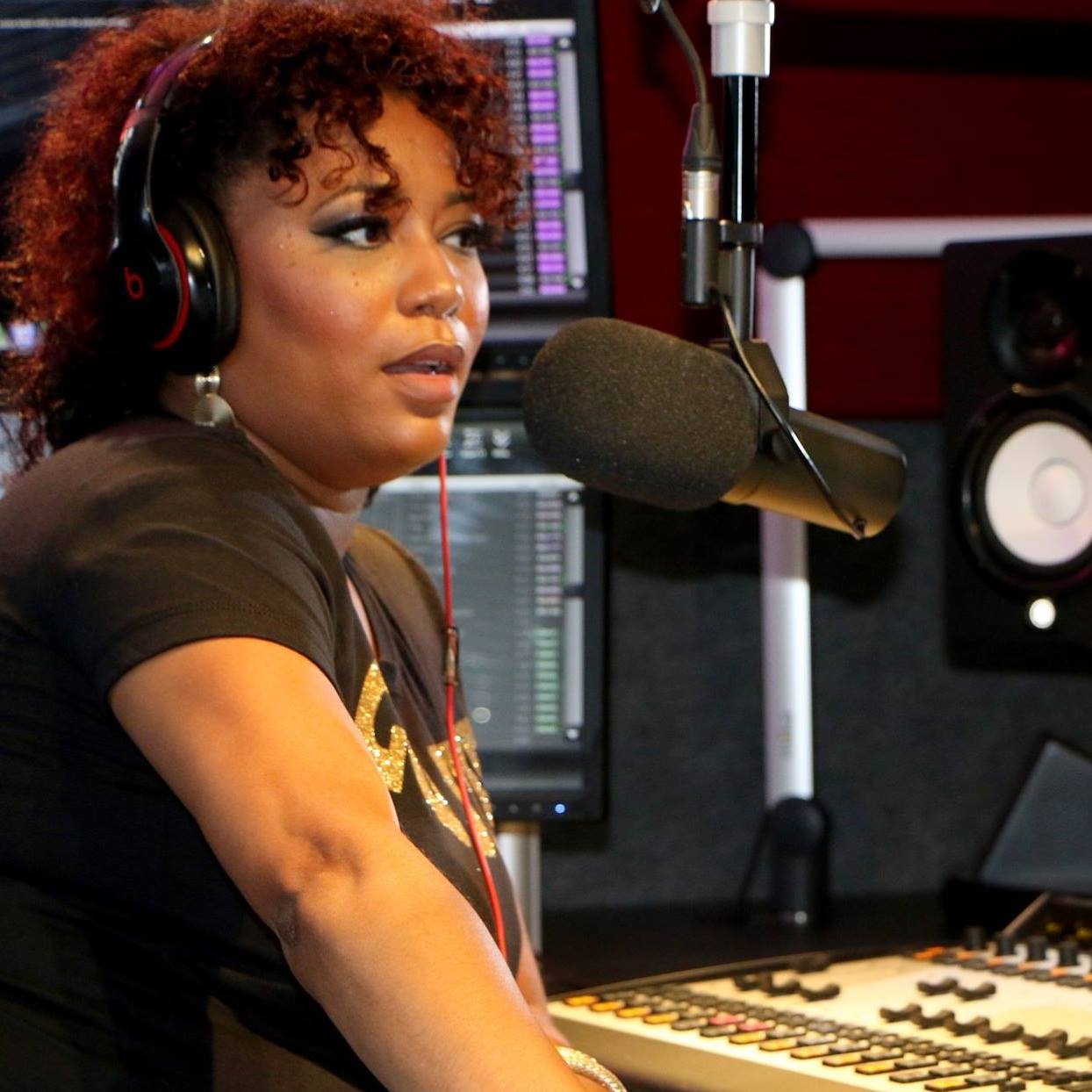 Born April 14, 1982 in Agana Heights, Guam, Tori has circled the world with her military family, (father, mother, and five siblings). Tori began her radio career in 2005 after graduating from Fayetteville State University. Tori’s welcoming attitude and sparkling sense of humor has helped her deliver some of the best interviews with entertainers, actors and community leaders such as: President Barack Obama, Jay-Z, Anthony Hamilton, J. Holiday, Mario, Nelly, Marcus Houston, Anthony Anderson, Vivica A. Fox, etc. Tori also does voice-overs and her voice can be heard around the United States via radio and television commercial advertisements. New to the Hampton Roads area, Tori has witnessed a plethora of homelessness which motivated her to begin “Operation Help the Homeless”, where she solicits donations (clothes, feminine hygiene products, nonperishable food items, etc.) and donates them to the local shelters. Tori has recently teamed up with the Peninsula Rescue Mission. Tori, is very active in the community, as an inspirational speaker and big sister to under privileged young ladies. Her moto is “if you don’t believe in yourself, who will? Strive for the best and forget all the rest”. 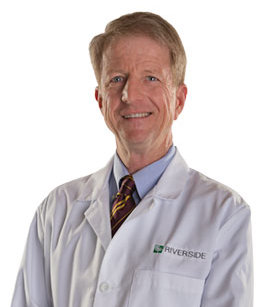 Dr. David B Maxwell is a Rheumatology Specialist in Hampton, Virginia. He graduated with honors from Eastern Virginia Medical School in 1980. He completed his fellowship at the Medical University of South Carolina.Having 38 years of diverse experiences, especially in treating lupus patients, Dr. David B Maxwell affiliates with many hospitals including Riverside Regional Medical Center, Riverside Walter Reed Hospital, Sentara Careplex Hospital, and cooperates with other doctors and specialists in medical group Riverside Physician Services Inc. 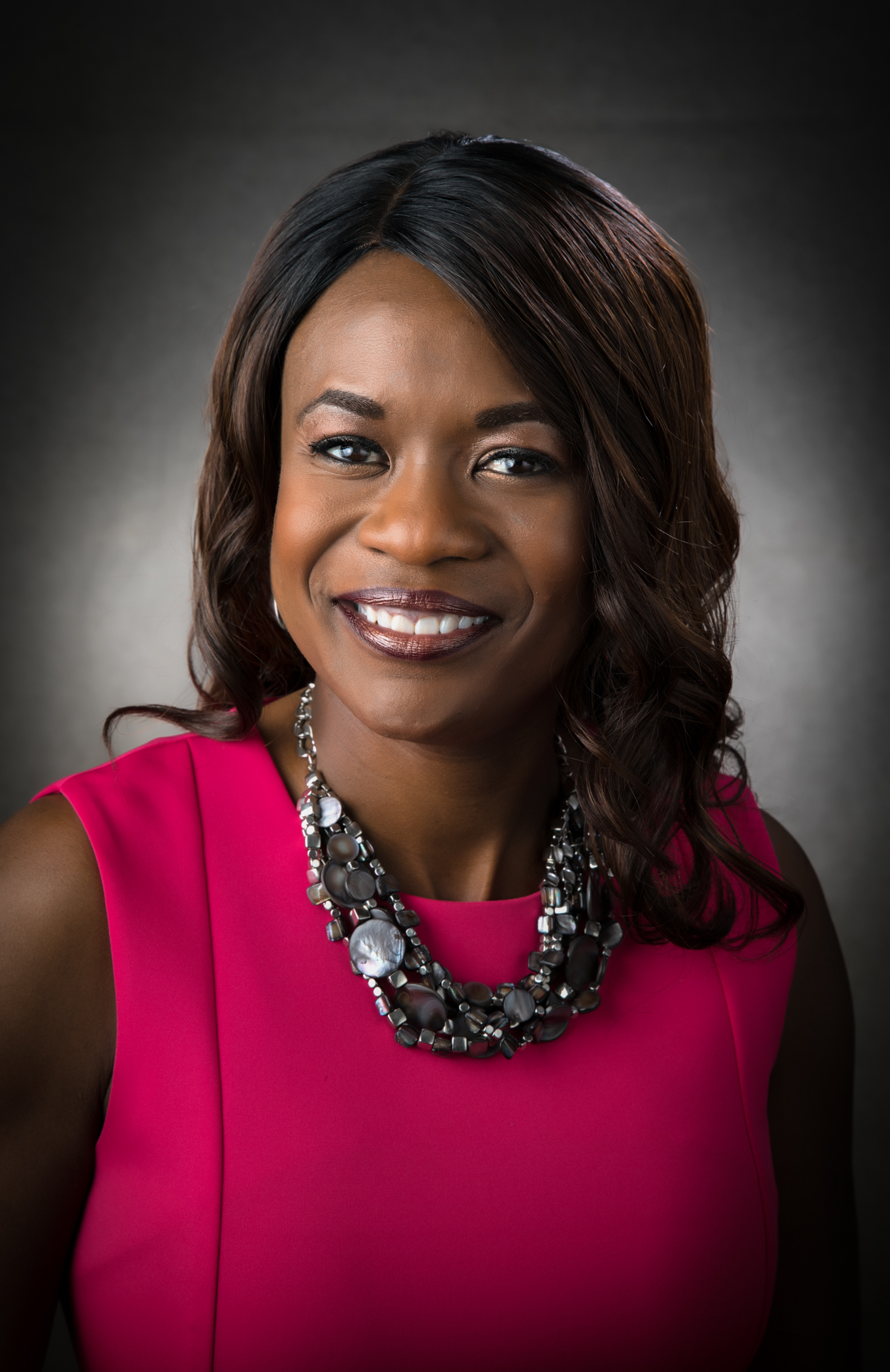 Toni is a proud retired Air Force Veteran that served our country for 22 years. She was diagnosed with Fibromyalgia in 1999 at the age of 36. In 2010, she was diagnosed with Rheumatoid Arthritis. Just a couple of years later in 2012, she acknowledged her diagnosis of Lupus. She is currently 55 years young, and is a survivor living with Fibromyalgia, Lupus, and Rheumatoid Arthritis. She is the owner of TTC Enterprises, LLC in Yorktown, VA. She encourages survivors to live and enjoy life in spite of the illnesses. 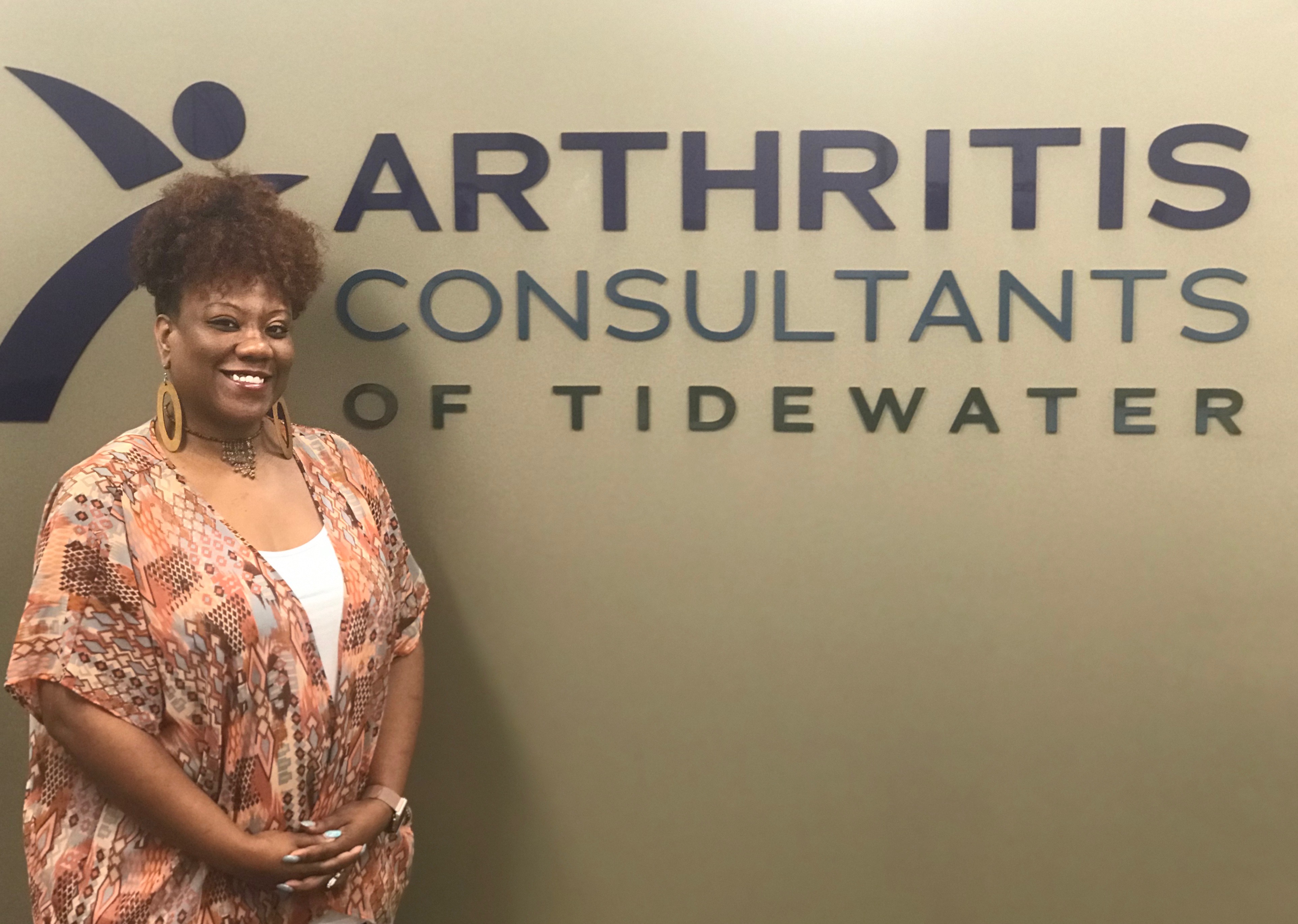 LaMisha Cross works for Arthritis Consultants of Tidewater in Virginia Beach. She has been employed there for six years. She is an integral part of patient services and care of Fibromyalgia and Lupus patients. Her dedication to the health and well-being of their patients make her a standout among her colleagues. Lamisha is also a proud U.S Navy Veteran. 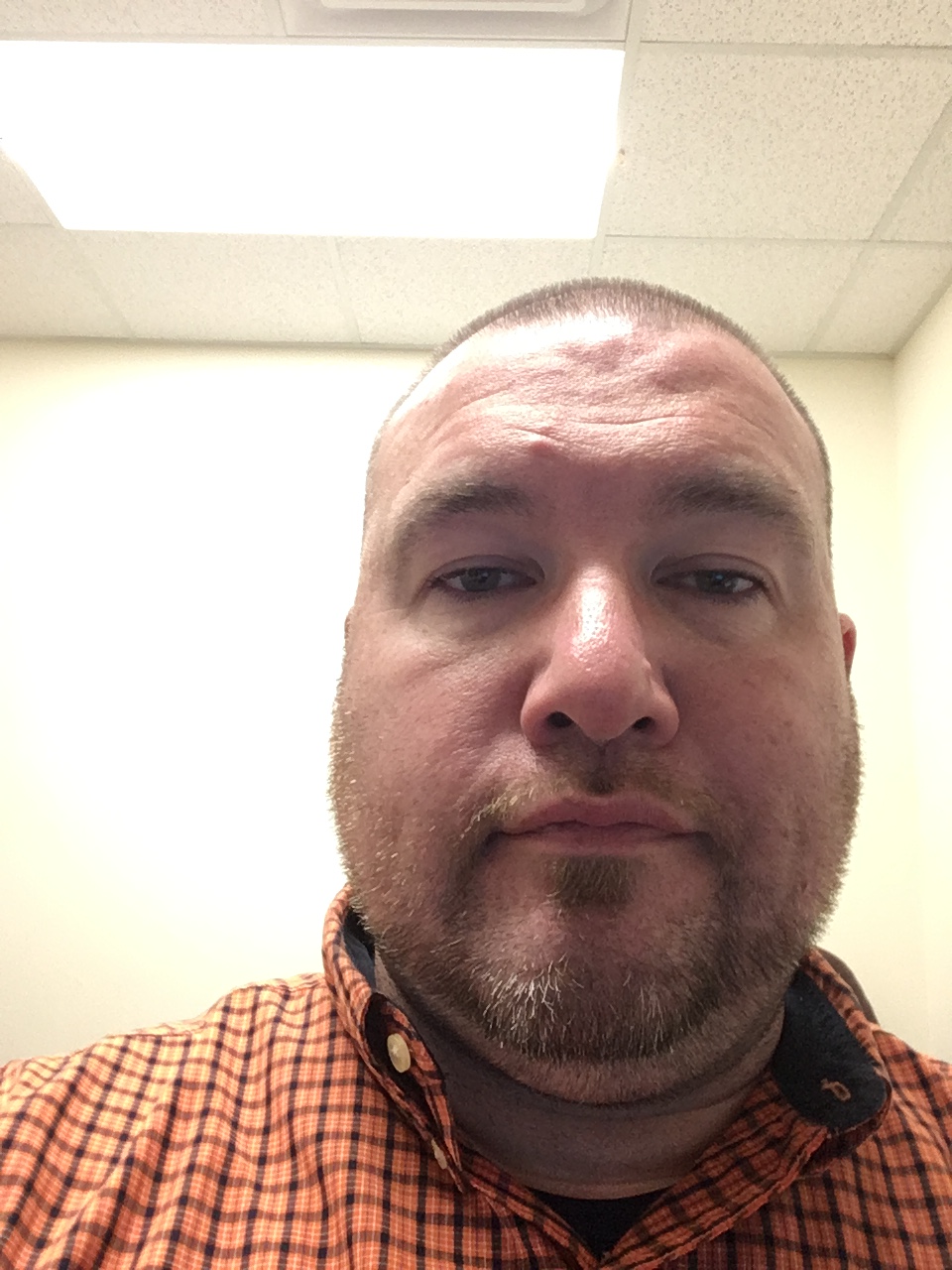 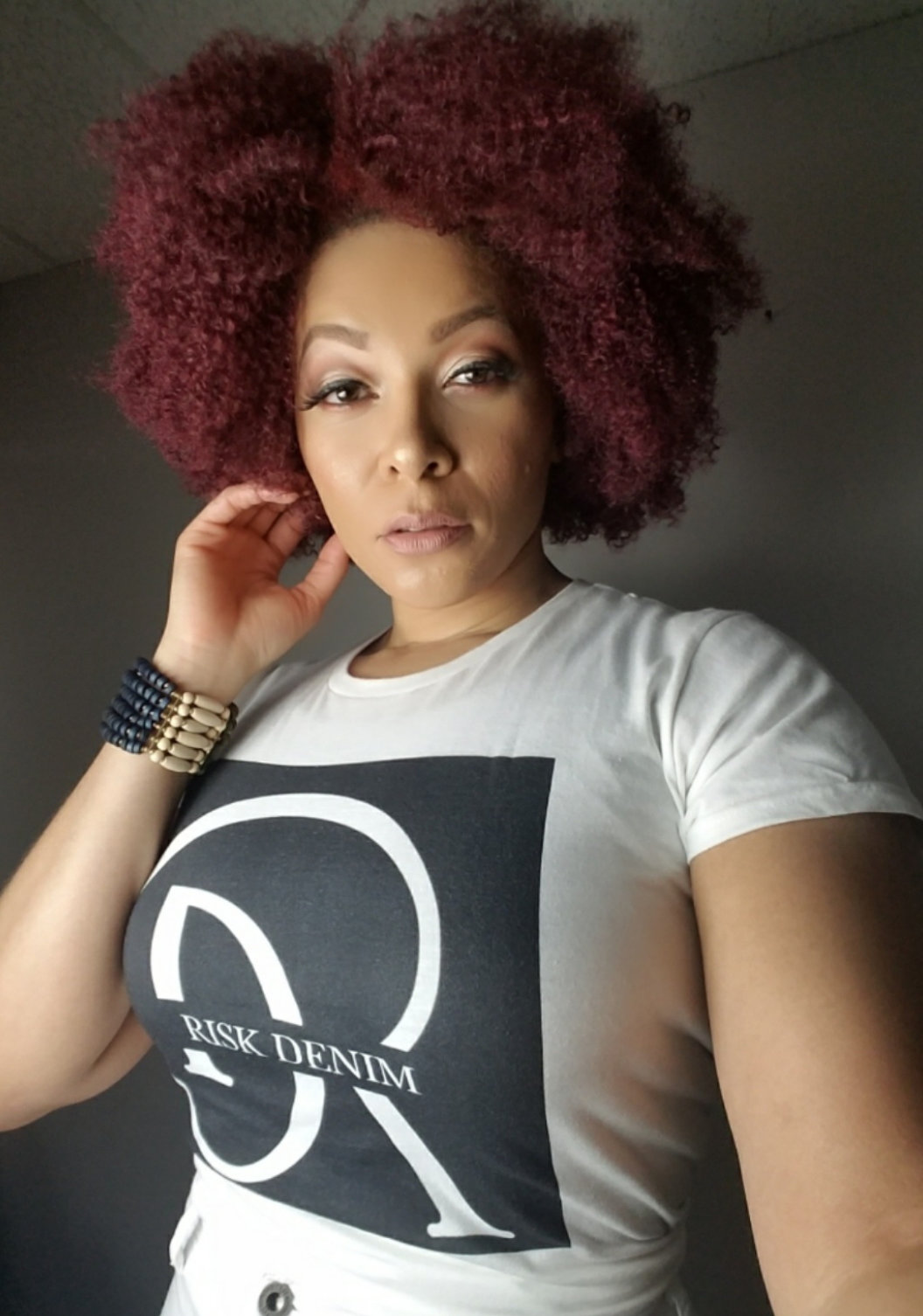 I am currently an Operations Manager with James City County Parks & Recreation and I am a Certified Parks and Recreation Professional with over 18 years of professional experience in the fields of recreation and human services with 14 years as the Manager/Operations Manager working for non-profits, city and federal governments. I am a father to two wonderful sons, a fatherhood and youth development advocate. I suffer from Rheumatoid Arthritis which is very similar to both Lupus and Fibromyalgia. I support Lupus and Fibromyalgia research, education, promoting awareness and providing support for Lupus and Fibromyalgia survivors because I have witnessed firsthand the devastation these diseases can take its sufferers through and have had a close loved one pass due to complications with Lupus. My best friend’s mother, passed away due to complications from Lupus when we were in our early 20’s, my high school friend has suffered with Lupus since about 10th grade and my “sister” Chastity has been dealing with its affects for years.

Jan 14, 2015, how can I forget?! That’s when Lupus became my “new normal”. I learned a year and a half earlier, being your own advocate for your health is vital! I knew something wasn’t right when my body was giving me signals: from alopecia, to skin lesions, to fatigue, body aches and the telltale Butterfly rash. I intensified my research and refused to take “NO” for an answer and requested to see a rheumatologist for further testing. As an active duty Navy Officer, sometimes we just learn to “grin and bear it”, but I thank God that this time is one time I was reluctant not to and I believe my stubbornness – SAVED MY LIFE! I am now a living witness that you MUST be your own advocate and I can proudly say Lupus doesn’t have me – I have it!! I am a proud Warrior, Activist, Visionary, Wife, and Mother. 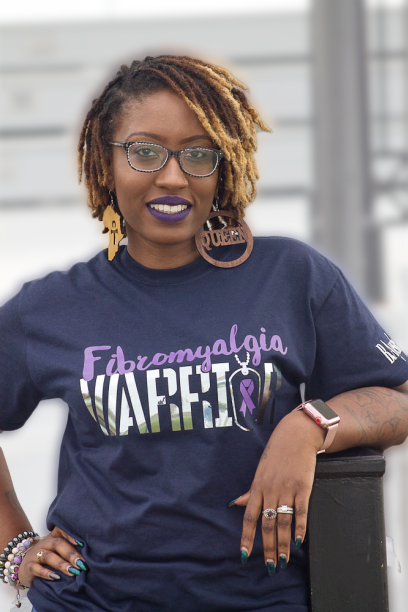 Rabbina A. Banks- Director of Communications

Rabbina A. Banks was born in Birmingham, AL on January 25, 1979 to the late Rabb Malik Muhammad & the late Zakiyyah Ayesha Muhammad. Her maiden name means (Rabbina) “Oh Lord, (Ayesha) she who lives is (Muhammad) worthy to be praised. She is a 100% disabled veteran of the United States Air Force. During her military career, she worked as an Aircraft Fuel Systems Technician. Everyone calls her Bina for short. She is the owner of B Ayesha Inc. She started her company after surviving a stroke. There is something about almost dying that renews your sense of purpose. Her main mission in life is to continue to serve the communities around the country and the world. One of her many passions, as a philanthropist, is the plight of the woman veteran and their families. She is also an advocate for more research and understanding of invisible chronic illnesses.

She was diagnosed with Fibromyalgia in January of 2014. She knew for a while before that diagnosis that something was wrong, but the doctors couldn’t figure it out. She’s thankful for her diagnosis because it gave her a reason behind what was happening to her.

She is a mother, a wife, a sister, an aunt, etc. but those titles are not all that defines her. What matters is how she defines herself and the definition that she chooses is that of a warrior. She is a Master Mindfulness Practitioner, Cognitive Behavior Coach and Resiliency/Life Direction Coach for chronically ill women. She has an AAS in Electronics Engineering. She’s currently studying to get my BAS in Psychology.